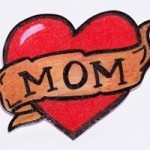 Mother’s Day is typically a time to pay tribute to our own, individual mothers, or at least the person who we had a personal, mother-like relationship with. On an individual basis, our mothers of course had their strengths and their weaknesses, their days of sorrow and days of peace. But why don’t we take a different road today and take a look at Mothering.

Developmental research has come out with some amazing findings about mothering and how it helps us make that journey from cooing infant to stand-on-your-own-two-feet adult. Consider some of these incredible findings – things that mothering people do without even having to think about it:

It’s no wonder mothers could be considered the new rock stars of science, and at least, deserve credit for the work they do on instinct that bring us up to adulthood.