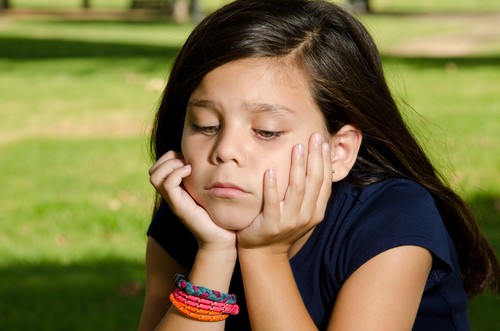 One of the first questions a parent will have is “Why? What went wrong?” “Did I do something to cause this?” There is little compelling evidence at this time that ADHD can arise purely from social factors or child-rearing methods. Most substantiated causes appear to fall in the realm of neurobiology and genetics.  This is not to say that environmental factors may not influence the severity of the disorder, and especially the degree of impairment and suffering the child may experience, but that such factors do not seem to give rise to the condition by themselves.

The parents’ focus should be on looking forward and finding the best possible way to help their child. Scientists are studying causes in an effort to identify better ways to treat, and perhaps someday, to prevent ADHD. They are finding more and more evidence that ADHD does not stem from the home environment, but from biological causes. Knowing this can remove a huge burden of guilt from parents who might blame themselves for their child’s behavior.

Over the last few decades, scientists have come up with possible theories about what causes ADHD. Some of these theories have led to dead ends, some to exciting new avenues of investigation.

Environmental Agents as a cause of ADHD.

Studies have shown a possible correlation between the use of cigarettes and alcohol during pregnancy and risk for ADHD in the offspring of that pregnancy.  As a precaution, it is best during pregnancy to refrain from both cigarette and  alcohol use.

Another environmental agent that may be associated with a higher risk of ADHD is high levels of lead in the bodies of young preschool children. Since lead is no longer allowed in paint and is usually found only in older buildings, exposure
to toxic levels is not as prevalent as it once was. Children who live in old buildings in which lead still exists in the plumbing or in lead paint that has been painted over may be at risk.

It has been suggested that attention disorders are caused by refined sugar or food additives, or that symptoms of ADHD are exacerbated by sugar or food additives. In 1982, the National Institutes of Health held a scientific consensus conference to discuss this issue. It was found that diet restrictions helped about 5 percent of children with ADHD, mostly young children who had food allergies. A more recent study on the effect of sugar on children, using sugar one day and a sugar substitute on alternate days, without parents, staff, or children knowing which substance was being used, showed no significant effects of the sugar on behavior or learning.

Genetics as a Cause of Attention Deficit Hyperactivity Disorder.

Attention disorders often run in families, so there are likely to be genetic influences. Studies indicate that 25 percent of the close relatives in the families of ADHD children also have ADHD, whereas the rate is about 5 percent in the general population. Many studies of twins now show that a strong genetic influence exists in the disorder.

Researchers continue to study the genetic contribution to ADHD and to identify the genes that cause a person to be susceptible to ADHD. Since its inception in 1999, the Attention-Deficit Hyperactivity Disorder Molecular Genetics Network has served as a way for researchers to share findings regarding possible genetic influences on ADHD.

For a more in depth look at current genetics research related to ADHD we suggest visiting Neurotransmitter.net

Recent Studies on Causes of ADHD.

Some knowledge of the structure of the brain is helpful in understanding the research scientists are doing in searching for a physical basis for attention deficit hyperactivity disorder. One part of the brain that scientists have focused on in their search is the frontal lobes of the cerebrum. The frontal lobes allow us to solve problems, plan ahead, understand the behavior of others, and restrain our impulses. The two frontal lobes, the right and the left, communicate with each other through the corpus callosum, (nerve fibers that connect the right and left frontal lobes).

The basal ganglia are the interconnected gray masses deep in the cerebral hemisphere that serve as the connection between the cerebrum and the cerebellum and, with the cerebellum, are responsible for motor coordination. The cerebellum is divided into three parts. The middle part is called the vermis.

All of these parts of the brain have been studied through the use of various methods for seeing into or imaging the brain. These methods include functional magnetic resonance imaging (fMRI) positron emission tomography (PET), and single photon emission computed tomography (SPECT). The main or central psychological deficits in those with ADHD have been linked through these studies. By 2002 the researchers in the NIMH Child Psychiatry Branch had studied 152 boys and girls with ADHD, matched with 139 age- and gender-matched controls without ADHD. The children were scanned at least twice, some as many as four times over a decade.  As a group, the ADHD children showed 3-4 percent smaller brain volumes in all regions—the frontal lobes, temporal gray matter, caudate nucleus, and cerebellum.

This study also showed that the ADHD children who were on medication had a white matter volume that did not differ from that of controls. Those never-medicated patients had an abnormally small volume of white matter. The white matter consists of fibers that establish long-distance connections between brain regions. It normally thickens as a child grows older and the brain matures.

Although this long-term study used MRI to scan the children’s brains, the researchers stressed that MRI remains a research tool and cannot be used to diagnose ADHD in any given child. This is true for other neurological methods of evaluating the brain, such as PET and SPECT.