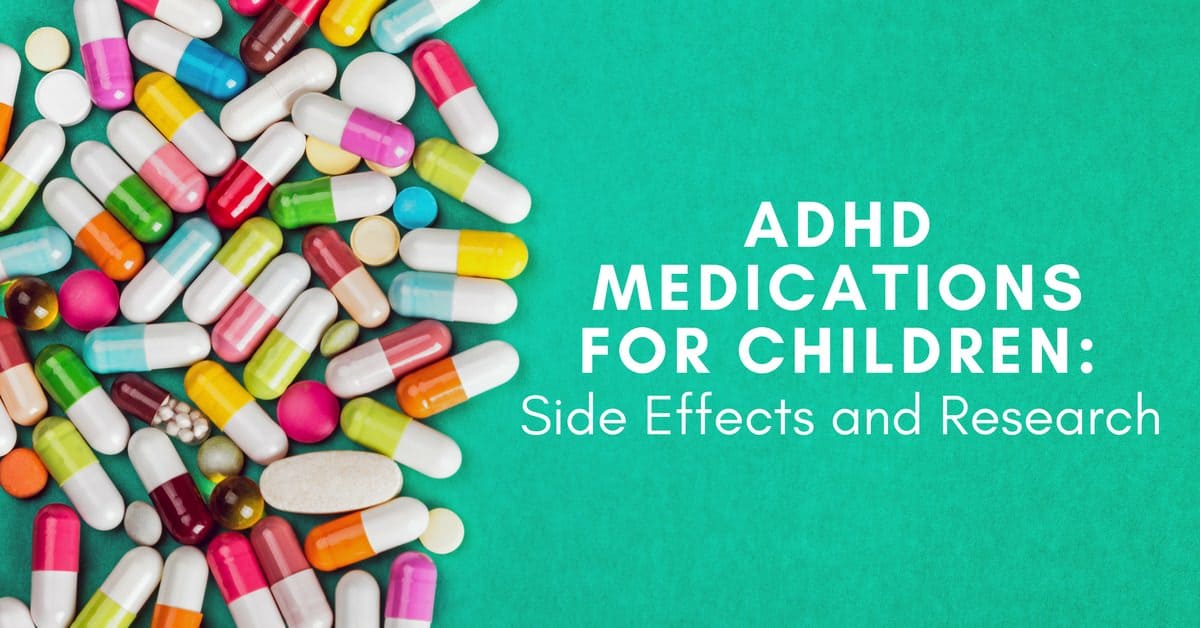 Medications known as stimulants have long been employed in the treatment of Attention Deficit Hyperactivity Disorder. These medications improve a chemical imbalance in the brain which is causing the symptoms. A number of neuro-imaging studies have shown that the brain functioning of ADHD patients does improve and appears to be more like the normal group after they have taken their prescribed medication. The Drug Digest provides an excellent synopsis on the use of stimulants with children and adults. For updates on new medications and warning about medications the FDA website is your best source of information.

Medications usually used to treat ADHD improve the availability in the synapse of two neurotransmitters, dopamine and norepinephrine. Specific neurotransmitters (brain chemicals) are necessary to carry a nerve impulse (message) along a neuropathway (circuit). When a neurotransmitter is not fully available, a message may be stopped short of its intended destination. When this happens, the function regulated by that circuit may not work as well as it should.

There has been concern about the over prescribing of stimulant medications to children. Recent research shows that the number of prescriptions rose by 30% from 1991 to 1995 with 0.3% and 0.9% of the child population receiving prescriptions in the respective years. However, with the prevalence of the disorder estimated to be at 5.0%, one could make a case for under prescribing. Most authorities believe that stimulants are both over and under prescribed based diagnostic and patient compliance issues so that some children are receiving medication they do not need while others are not receiving this necessary treatment for their condition.

Medications that treat ADHD are not tranquilizers or sedatives. They do not slow down the nervous system. They actually improve functioning in various areas of the brain involved with attention, concentration and self-control. Over 200 well controlled studies have shown that these medications are the safest and most effective psychiatric medications. Failure to treat ADHD with medications may result in increased risk of substance abuse and decreased white matter volumes in the brain as well as poor academic achievement, low self-esteem, difficulty in a wide range of social situations, over reaction to change and frustrating circumstances and less likelihood of success as adults. [See AAP Treatment Guidelines for further discussion of effectiveness]. It is important to note that all professional guidelines call for medication to be used AFTER behavioral treatment has been tried first and that when medication is used it should be COMBINED with behavioral treatment. According to a study conducted at State University of New York at Buffalo, “combining behavior modification therapy with medication is the most effective way to improve the behavior of many ADHD children. In fact, when the two are combined, the study showed, the amount of medication required to achieve the same results as use of medication alone can be reduced by two-thirds”.

Unlike most other medications, stimulant dosages usually are not weight dependent. Clinicians should begin with a low dose of medication and titrate upward because of the marked individual variability in the dose-response relationship. The first dose that a child’s symptoms respond to may not be the best dose to improve function. Clinicians should continue to use higher doses to achieve better responses. This strategy may require reducing the dose when a higher dose produces side effects or no further improvement. The best dose of medication for a given child is the one that leads to optimal effects with minimal side effects. The dosing schedules vary depending on target outcomes, although no consistent controlled studies compare different dosing schedules. For example, if there is a need for relief of symptoms only during school, a 5-day schedule may be sufficient. By contrast, a need for relief of symptoms at home and school suggests a 7-day schedule.

According to the AAP Treatment Guidelines, at least 80% of children will respond to one of the stimulants if they are tried in a systematic way. Children who fail to show positive effects or who experience intolerable side effects on one stimulant medication should be tried on another of the recommended stimulant medications. Children who fail 2 stimulant medications can be tried on a third type or formulation of stimulant medication for the same reason. The next step would be to review the history and symptoms to confirm the diagnosis. Primary care physicians most likely will consider referral to a child and adolescent psychiatrist at this point. Bupropion, tricyclic antidepressants (TCAs), and alpha-agonists are often used in the treatment of ADHD even though they are not approved by the FDA for this purpose. Although there is at least one double blind, randomized controlled trial for bupropion, and TCAs, the evidence base for these medications is far weaker than for the FDA-approved agents. [An article from the University of Maryland addresses selection of medication for ADHD treatment]

A new medication came on the market that appears to be of value to children who do not have a favorable response to stimulants.  Intuniv, a once-daily formulation of guanfacine, was approved by the US Food and Drug Administration (FDA) on September 2, 2009 as the first selective alpha-2A agonist for the treatment of ADHD. Although the mechanism of action is not known, guanfacine, the active ingredient in INTUNIV, is thought to selectively stimulate alpha-2A adrenoreceptors in the prefrontal cortex. Stimulation of the postsynaptic alpha-2A receptors is thought to strengthen working memory, reduce susceptibility to distraction, improve attention regulation, improve behavioral inhibition, and enhance impulse control.  Since this class of medications has been used successfully to treat tic disorders including Tourettes, it may the drug of choice for ADHD children who also have a tic disorder.

Stimulants are generally considered safe medications, with few contraindications to their use. Side effects occur early in treatment and tend to be mild and short-lived.Ref The most common side effects are decreased appetite, stomachache or headache, delayed sleep onset, jitteriness, or social withdrawal. Most of these symptoms can be successfully managed through adjustments in the dosage or schedule of medication. Approximately 15% to 30% of children experience motor tics, most of which are transient, while on stimulant medications. In addition, approximately half of children with Tourette syndrome have ADHD. The effects of medication on tics are unpredictable. The presence of tics before or during medical management of ADHD is not an absolute contraindication to the use of stimulant medications.Ref A review of 7 studies comparing stimulants with placebo or with other medications indicated no increase in tics in children treated with stimulants.

Patients treated with medication for ADHD should have their height and weight monitored throughout treatment. If the patient has a change in height or weight that crosses 2 percentile lines, this suggests an aberrant growth trajectory. In these cases, a drug holiday should be considered, if return of symptoms during weekends or summers does not lead to marked impairment of functioning. The clinician should also consider switching the patient to another ADHD medication. It is important for the clinician to carefully balance the benefits of medication treatment with the risks of small reductions in height gain, which as of yet have not shown to be related to reductions in adult height.

On February 21, 2007 The U.S. Food and Drug Administration (FDA) directed the manufacturers of all drug products approved for the treatment of Attention Deficit Hyperactivity Disorder (ADHD) to develop Patient Medication Guides to alert patients to possible cardiovascular risks and risks of adverse psychiatric symptoms associated with the medicines, and to advise them of precautions that can be taken. Recently the American Heart Association (AHA) recommended routine electrocardiograms to be performed before prescribing stimulant medications to children and adolescents for the treatment of ADHD. However, several other professional organizations came to different conclusions. Here is the current position of the American Academy of Pediatrics (AAP) regarding the issue.

On December 17, 2004, the FDA required a warning be added to atomoxetine because of reports that two patients (an adult and child) developed severe liver disease (both patients recovered). In the clinical trials of 6,000 patients, no evidence of hepatotoxicity was found. Patients who develop jaundice, dark urine, or other symptoms of hepatic disease should discontinue atomoxetine. Routine monitoring of hepatic function is not required during atomoxetine treatment.

A review of all long-term studies on stimulant medication and substance abuse, conducted by researchers at Massachusetts General Hospital and Harvard Medical School, found that teenagers with ADHD who remained on their medication during the teen years had a lower likelihood of substance use or abuse than did ADHD adolescents who were not taking medications.Ref

The information presented above is for informational purposes only and does not take the place of advice from your child’s physician.