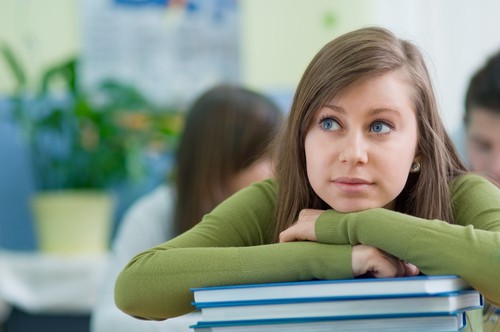 Your child with ADHD has successfully navigated the early school years and is beginning his or her journey through middle school and high school. Although your child has been periodically evaluated through the years, this is a good time to have a complete re-evaluation of your child’s health.

The teen years are challenging for most children; for the child with ADHD these years are doubly hard. All the adolescent problems—peer pressure, the fear of failure in both school and socially, low self-esteem—are harder for the ADHD child to handle. The desire to be independent, to try new and forbidden things—alcohol, drugs, and sexual activity—can lead to unforeseen consequences. The rules that once were, for the most part, followed, are often now flaunted.  Parents may not agree with each other on how the teenager’s behavior should be handled.

Now, more than ever, rules should be straightforward and easy to understand.  Communication between the adolescent and parents can help the teenager to know the reasons for each rule. When a rule is set, it should be clear why the rule is set. Sometimes it helps to have a chart, posted usually in the kitchen, that lists all household rules and all rules for outside the home (social and school). Another chart could list household chores with space to check off a chore once it is done.

When rules are broken—and they will be—respond to this inappropriate behavior as calmly and matter-of-factly as possible. Use punishment sparingly. Even with teens, a time-out can work. Impulsivity and hot temper often accompany ADHD. A short time alone can help.

When rules are broken—and they will be—respond to this inappropriate behavior as calmly and matter-of-factly as possible. Use punishment sparingly. Even with teens, a time-out can work. Impulsivity and hot temper often accompany ADHD.   A short time alone can help.

As the teenager spends more time away from home, there will be demands for a later curfew and the use of the car. Listen to your child’s request, give reasons for your opinion and listen to his or her opinion, and negotiate.  Communication, negotiation, and compromise will prove helpful.

Parents play an important role in helping teenagers become independent.  Encourage your teenager to help him/herself with strategies such as the following:

Your ADHD Teenager and the Car

Teenagers, especially boys, begin talking about driving by the time they are 15. In some states, a learner’s permit is available at 15 and a driver’s license at 16. Statistics show that 16-year-old drivers have more accidents per driving mile than any other age. In the year 2000, 18 percent of those who died in speed-related crashes were youth ages 15 to 19. Sixty-six percent of these youth
were not wearing safety belts. Youth with ADHD, in their first 2 to 5 years of driving, have nearly four times as many automobile accidents, are more likely to cause bodily injury in accidents, and have three times as many citations for speeding as the young drivers without ADHD.

Most states, after looking at the statistics for automobile accidents involving teenage drivers, have begun to use a graduated driver licensing system (GDL).  This system eases young drivers onto the roads by a slow progression of exposure to more difficult driving experiences. The program, as developed by the National Highway Traffic Safety Administration and the American Association of Motor Vehicle Administrators, consists of three stages: learner’s permit, intermediate (provisional) license, and full licensure. Drivers must demonstrate responsible driving behavior at each stage before advancing to the next level. During the learner’s permit stage, a licensed adult must be in the car at all times. This period of time will give the learner a chance to practice, practice, practice.  The more your child drives, the more efficient he or she will become. The sense of accomplishment the teenager with ADHD will feel when the coveted license is finally in his or her hands will make all the time and effort involved worthwhile.

The Governor’s Highway Association provides information on Graduated Driver laws for all of the states.