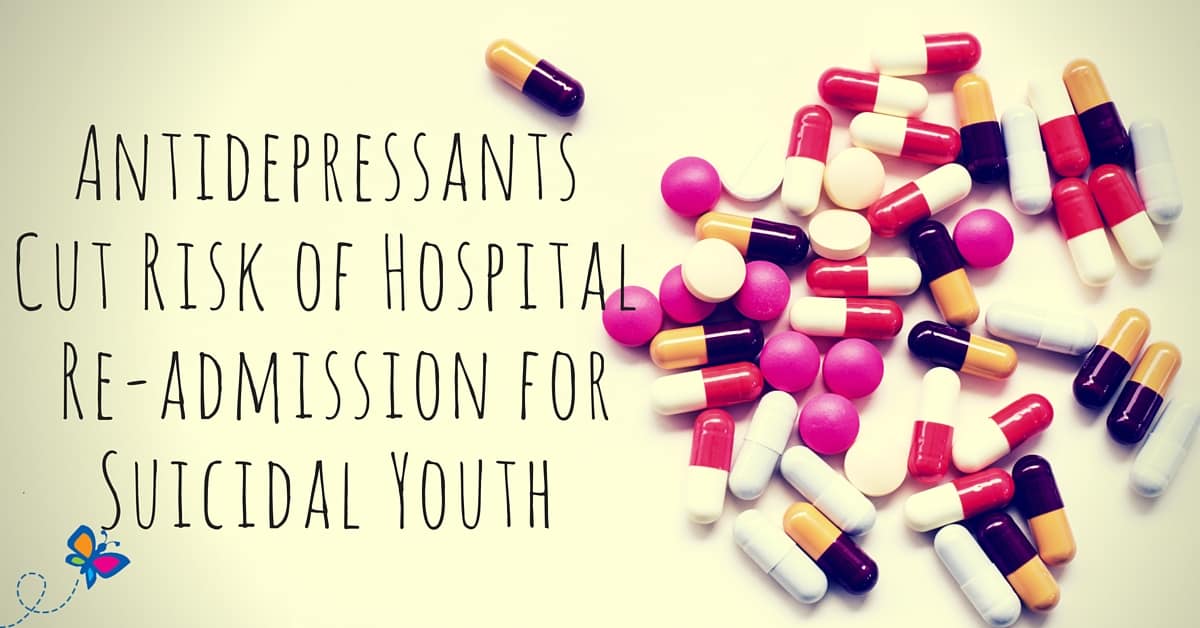 Suicidal adolescents who were prescribed an antidepressant medication during inpatient psychiatric hospital treatment were 85 percent less likely than others to be readmitted within a month after discharge, a new study found. This is reassuring data, as there have been concerns about prescribing antidepressants in adolescents since 2003, when the FDA issued a black box warning  that some antidepressants may increase the risk of suicidal behavior for pediatric patients. A black-box warning is the most serious type of warning in prescription drug labeling.

The study appears in the December issue of The Annals of Pharmacotherapy.

The researchers did a retrospective study of 318 Medicaid-covered adolescents who were admitted to three major psychiatric hospitals in Maryland because of attempted suicide or suicidal behaviors.

They examined hospital medical records for the adolescents and recorded all medication changes, including additions, discontinuations and changed dosages that occurred during the hospital stay. The researchers then identified which patients were readmitted to any hospital in Maryland within 30 days of their discharge. The study found that 78 percent of the inpatients had one or more changes in their medication, typically the addition of an antidepressant, mood stabilizer or antipsychotic.

The study also found that adolescents who were prescribed three or more psychotropic medications were 2.6 times more likely to be readmitted to the hospital within 30 days.