Sometimes abrasions, cuts and scratches result in dire consequences if they aren’t taken care of at the right time. Children run around the house and drop vases and other glass material, which can result in scratches or cuts. Outdoor activities should be supervised carefully, otherwise abrasions caused by a wall or a rock is unavoidable. There are slight differences among the three and most of the time children get them while playing.

The good thing is that abrasion, cuts and scratches don’t require any special attention in most cases. But if the scratch is made by animal claws or abrasion is caused by a rusty metallic surface, a doctor should be approached immediately, because the animal could have rabies and the rust can cause septic. Depending on the situation, the doctor would prescribe antibiotics, lotion or even shots. It is also a good idea that parents make sure that their kid is given tetanus shot on a regular basis. Sometimes, the wound won’t be caused in dangerous circumstances, but because of negligence, the wound will get infected by bacteria. If it the wound is infected, it will show symptoms such as redness, swollen skin, and production of puss which can be of the color yellow or either green.

Cuts can sometimes be too deep and even long. In such cases, stitches should be certainly opted for. It is a very simple procedure. The area of the wound is made numb using some kind of anesthesia. It can either be injected or simply applied directly. Then the doctor will sew the cut edges together using certain needle and thread. If the cut isn’t big enough, the cut is sealed using a special kind of glue, instead of the stitches. The glue will hold the edges together so that the skin underneath will heal and over a period of time, the glue will dissolve. Kids need to check with the doctor every week, so that the doctor will be able to analyze the improvement. And when the wound is completely healed, the stitches are cut open using scissors and then the threads are pulled off gently. In majority of the cases, the wound doesn’t leave behind a scar. This totally depends on the method and effectiveness of the treatment. 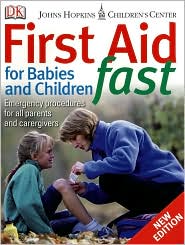