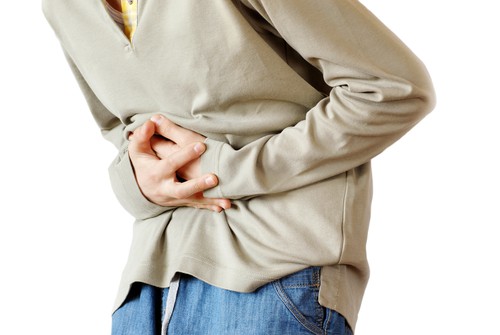 Tummy aches are one of the most frequently complained about problems in children. There are many causes attributed with it, and it is a challenge for the parent or the physician to find out the exact problem. Sometimes the pain requires immediate attention and can also be a case of emergency. The causes can be related to food, infections, poisoning, insect bites, etc.

Bacteria and viruses are responsible in case of abdominal pain due to infections. Gastroenteritis and stomach flu are some of the examples of infections that can cause stomach aches. Gastroenteritis is the inflammation and irritation of stomach and the gastrointestinal passage. Extra care must be taken by travelers, as the food and drinks can be contaminated at new locations and can lead to traveler’s getting diarrhea. Stomach pain due to viral infections ward off quickly, but bacterial infections demand the intake of antibiotics. In both the cases, some children recover very fast by vomiting and excreting. In case of diarrhea, excess drinking fluids should be given to the kid to avoid dehydration.

Food related stomach aches can be caused because of food poisoning, gas production, excess food ingestion and food allergies. Problems because of food poisoning are temporary and can cause bloating. Symptoms of food poisoning are vomiting, diarrhea, abdominal cramps, and nausea. Usually these symptoms surface within two days of consumption of contaminated food. Depending on the severity chill, fever, bloody stools, or damage to the nervous system can follow. In case of a group of people who consumed the contaminated food, this situation is known as an outbreak. Over two hundred diseases are known to be transmitted via food. Food can be poisoned because of toxic agents or infective agents. Infective agents are parasites, bacteria, and viruses. Toxic agents are uncooked food, exotic foods, and poisonous mushrooms. Food can get contaminated because of handling by unclean workers at the local restaurant, too. Parents should check out the cleanliness and should visit a trusted restaurant.

Particular foods can cause the irritation, such as diary products can cause lactose intolerance. If this is the case, the child is allergic to certain food or drinks and swallowing even a small amount can cause vomiting, nausea, diarrhea, cramping, and skin rash. Since these items are harmless otherwise, such kind of allergic reactions are known as hypersensitivity reaction. Sometimes the symptoms can be life threatening and are known as anaphylactic shock or anaphylaxis.

Poisoning can also be due to overdose of medicines and even due to eating non-food stuffs. Insect bites such as black widow spider bite can also lead to pain in the abdomen. It can be accompanied with muscle cramps, weakness, nausea, tremor, vomiting and in severe case it can cause dizziness, faintness, respiratory problems, and chest pain. Also, the heart rate and blood pressure increases.

In very rare cases, abdominal pain can be due to appendicitis. This is a result of blockage and inflammation of tissues. Young kids have a higher rate if complications are considered and should be immediately rushed to the hospital. The pain starts slowly in the abdomen, specifically near the belly button. The pain shifts slowly to the right side of the lower abdomen within a time period of over twenty four hours. Clear symptoms are abdominal pain, vomiting, nausea, fever and loss of appetite. Diabetes can also be a reason of abdominal pain. Small children usually curl up, cry and express pain through facial expression. Some kids will be reluctant to talk, but the parent should try to get clear explanation of the problem. Along with close monitoring of the symptoms, studying the location of pain, pain duration, nature of vomiting, and urinary problems will help. After that a pediatric should be consulted who can further refer to a gastroenterologist. Until help is reached, the child should be made to relax.
Often, lying with face in downward direction can relieve pain due to gas. Incase of vomiting and diarrhea, fluids should be given constantly. Solid food should only be given when the child is comfortable about eating it.

More from the University of Michigan Health System

Many children have their appendix removed even before turning the age of fourteen. And the risk starts to peak as they age. Majority of children who get an abdominal surgery is because of appendicitis. Appendicitis is actually appendix inflammation and as a result, a fingerlike tube grows on the lower right part of large intestine. Appendix is located at the closed end of the larger intestine, known as the cecum, and measures up to many inches. Although, doctors say that the appendix isn’t of much help to the body, but appendix’s inner wall releases antibodies, which are produced by the lymphatic tissues.

Appendicitis can be detected by the onset of pain in the middle portion of the abdomen, the portion above the belly button. After a few hours the area will swell and there will be intense pain when touching the abdomen’s right side. The patient will begin to vomit and will have nausea. There will low fever and there will be problems will gas and stool passage. Some people, after the onset of these symptoms, will take laxatives or enemas mistaking appendicitis for constipation. But this is extremely dangerous, as these medicines will in turn increase the risk of the appendix bursting. So it is recommended to consult the doctor before going for any kind of medication, even any pain relievers. Besides increasing the risk, they even mask the symptoms and makes diagnosis even more hard. If the child’s symptoms are very much similar to that of the appendicitis’ symptoms, he should be immediately taken to the doctor for further diagnosis. The doctor will first study the child’s digestive illnesses’ history. He should also be divulged information about the symptoms, timing, bowel movements and its frequency. The stool should also be checked for mucus or blood. Children, who can communicate, can be asked to point out the location of pain in the abdomen. Toddlers who haven’t started talking or who hesitate to do talk will raise their knees close to the chest, hips will be flexed and the abdomen becomes tender.

Although, the actual cause of this abnormal growth of the appendix is not known, but it can result because of some kind of obstruction or infection in the intestines. The obstruction can be created due to thick mucus build-up inside the appendix. Some part of the stool can also enter inside. There will be mucus formation and the stool will harden within resulting in the swelling up of the appendix. If it is an infection, it should be treated immediately, as it can burst and there is a danger of the infection spreading to other parts of the body via bloodstream. That is the reason why even blood test is done, so as to determine whether the infection has spread or not. The urine test is done to check for problems in the urinary tract. The problem is then confirmed with the help of computed tomography or an ultrasound. Sometimes children with pneumonia have the similar symptoms, so to make matters clear even X-ray of the chest is done. Medical attention must be sought within forty eight hours of the start of the abdominal pain. Sometimes, abdomen develops mild inflammation, many weeks before the diagnosis is done.

After the diagnosis is done and appendicitis is determined, appendectomy is performed on the patient. The doctor will immediately order the intake of antibiotics before the surgery is performed. In case of confined appendicitis, it can be treated solely by antibiotics and no surgery is required. This is because the inflammation is very mild and the body itself fights with the infection. But, still as a precautionary measure, such kinds of patients must be kept in observation until their condition becomes stabilized. If the appendix ruptured then appendicle perforation is done. In this procedure, a drain is inserted inside the skin, through the abscess with the help of CT scan or ultrasound which gives the exact location. Some people develop complications later such as wound infection and accumulation of puss inside the appendix.