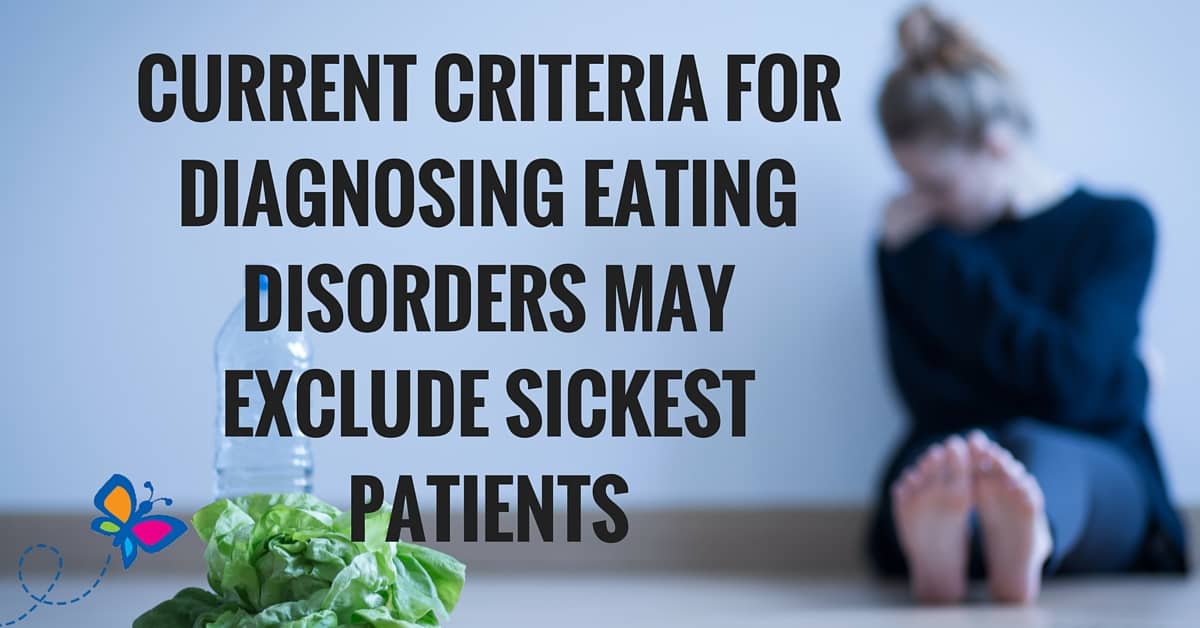 A new study from the Stanford University School of Medicine and Lucile Packard Children’s Hospital has found that many patients who do not meet full criteria for Anorexia Nervosa or Bulemia Nervosa are still extremely imparied, and the diagnosis they now receive, “Eating Disorder Not Otherwise Specified,” may delay their ability to get treatment. The study’s author, Rebecca Peebles, suggests that the criteria be reconsidered to avoid missing very sick patients who do not meet the current criteria. Also, giving patients the diagnosis “Eating Disorder Not Otherwise Specified,” (EDNOS)  may allow them to underestimate their illness.

Peebles’ team conducted the first-ever large study to ask whether adolescents with EDNOS are less ill than those who meet the full diagnostic criteria for anorexia or bulimia. The research, which was published online April 12 in Pediatrics, examined records from all 1,310 female patients treated for eating disorders at Packard Children’s between January 1997 and April 2008. They verified patients’ diagnoses of anorexia, bulimia or EDNOS, and created categories of “partial anorexia nervosa” and “partial bulimia nervosa” to analyze patients who barely missed cutoffs for these diseases.

“Our purpose was to ask if the diagnostic criteria now in use are really separating out the sickest of the sick,” Peebles said. Patients’ conditions were assessed by noting signs of malnutrition — such as low heart rate, low blood pressure, low body temperature, low blood levels of potassium and phosphorus — and long QT interval (an electrocardiogram measurement linked to risk of sudden cardiac death).

Nearly two-thirds of the patients studied had EDNOS. As the researchers suspected, the EDNOS category acted as a catchall; patients with partial anorexia were more similar to those with full-blown anorexia than to other EDNOS patients with partial bulimia, for instance. In addition, 60 percent of EDNOS patients met medical criteria for hospitalization and this group was, on average, sicker than patients diagnosed with full-blown bulimia.

The sickest EDNOS patients were those who had dropped more than 25 percent of their body weight before diagnosis. These patients had been overweight and had lost weight too quickly and dangerously in order to end up at what is typically considered a normal weight.

“People were initially just patting them on the back for their weight loss,” Peebles said. “It often took months or years for others to realize that what they were doing didn’t seem healthy.” Despite their normal body weights, this group was in some ways worse off than underweight patients diagnosed with anorexia, she added. “They manifested criteria of severe malnutrition.”

In sum, Peebles said, the study suggests that medical criteria for eating disorders should be re-evaluated. Though the current diagnostics cover the right general areas, “we erroneously treat these criteria in a very black-and-white way,” she said. “Many practitioners interpret these to believe that menses has to be lost to get an anorexia diagnosis; bulimics have to binge and purge at least two times a week for three months. These findings illustrate the arbitrary nature of those cutoffs.”

The issue is particularly urgent because many health insurers offer less coverage for EDNOS treatment than for treatment of anorexia or bulimia. And doctors and parents may be falsely reassured if a child is labeled with EDNOS.

“I think that when parents walk out of a doctor’s office having heard their kid doesn’t meet criteria for anorexia, they’re relieved,” Peebles said. But they shouldn’t let their guard down: in many cases, the child’s disturbed eating patterns still need treatment. [Click here for more information]