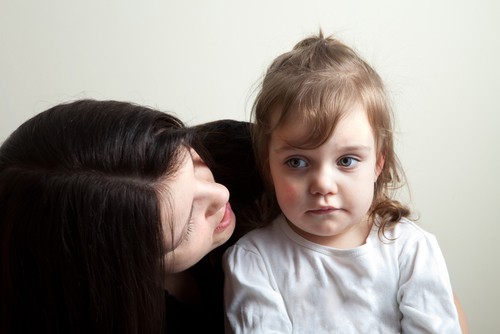 A new study published in the journal Pediatrics suggests that mothers who spank their 3 year old children are placing them at risk for becoming aggressive themselves by age 5.

Three-year-old children who were spanked two or more times in the previous month had a 50 percent increased chance of being aggressive when they turned 5, according to the study.

Study researcher Catherine Taylor, Ph.D. states “Children need guidance and discipline; however, parents should focus on positive, non-physical forms of discipline and avoid the use of spanking.”  Her message is similar to guidelines recommended by the American Academy of Pediatrics – that no form of corporal punishment should be used in children.

The researchers also asked moms questions about their child’s aggressive behavior, such as whether they were bullies, cruel, mean, destructive, and/or prone to getting into fights with others at age 3 and again at age 5.

To make sure that the connection between spanking and the child’s later behavior was not caused by other factors, the researchers controlled for other maternal risk factors that might have explained the link, such as neglect, maternal use of drugs and alcohol, maternal stress and depression, and the physical or psychological mistreatment of the child.

The study could not prove a cause-and-effect relationship, but it is the strongest research of its kind to date, the researchers said. [Click here for more information on parenting young children]