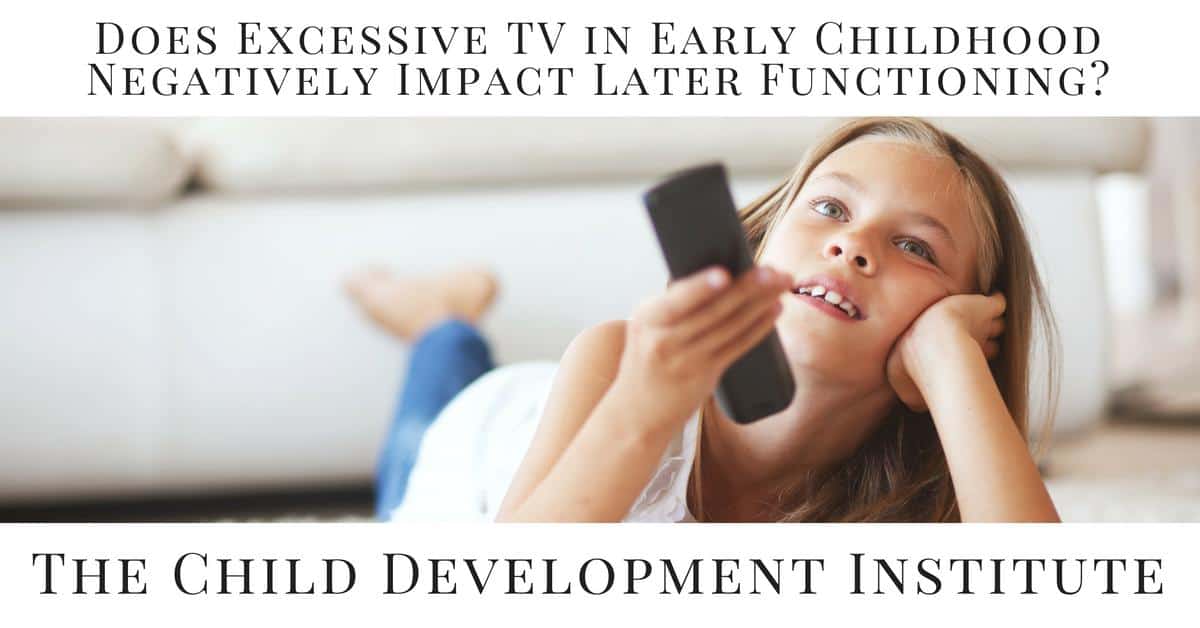 A recent study in the Archives of Pediatrics & Adolescent Medicine reports that early television exposure has negative effects on children’s functioning at follow-ups as late as fourth grade. Dr. Pagani and colleagues examined the influence of television exposure at 29 months and changes in exposure by 53 months on psychosocial, academic, and lifestyle characteristics in the fourth grade. At 29- and 53-month follow-ups for 1314 children from the Quebec Longitudinal Study of Child Development, parents were asked about the number of hours their children spent watching television each day.

When these children reached the fourth grade, teachers rated their academic performance, including mathematics and reading achievement, and psychosocial adjustment, including the child’s level of aggression and victimization by other children. Teachers also rated children on “classroom engagement” — a score that measured task orientation, compliance, and persistence. Parents were also asked to report hours of video game use during a typical week, physical activity, and dietary consumption of soft drinks, sweet snacks, and fruits and vegetables. Body mass index was measured by trained independent examiners.

Results revealed that every additional hour of television exposure at 29 months resulted in a 7% decrease in classroom engagement (95% confidence interval [CI], ?0.02 to ?0.004) and a 6% decrease in math achievement (95% CI, ?0.03 to 0.01), as well as a 10% increase in victimization by classmates (95% CI, 0.01 – 0.05) in fourth grade. Each additional hour of television viewing also resulted in a 13% decrease in time spent in physical activity (95% CI, 0.81 – 2.25) and a 9% decrease in activities that required physical effort (95% CI, ?0.04 to 0). For every added hour they spent watching television in early childhood, those in the fourth grade had a 9% higher consumption of soft drinks (95% CI, 0 – 0.04), a 10% higher intake of sugary snacks (95% CI, 0 – 0.02), and a 5% increase in BMI (95% CI, 0.01 – 0.05). The researchers controlled for a wide array of variables that could have influenced the study’s outcomes, including the child’s sex, temperament, behavior problems, and hours of sleep at 17 months of age. They also controlled for factors such as family makeup, family dysfunction, and maternal education during the same period. The American Academy of Pediatrics recommends no television exposure during infancy and less than 2 hours per day beyond 2 years of age. However, the researchers found that television exposure among the children they studied ranged from a mean of 8.82 hours per week at 29 months to 14.85 hours per week at 53 months.