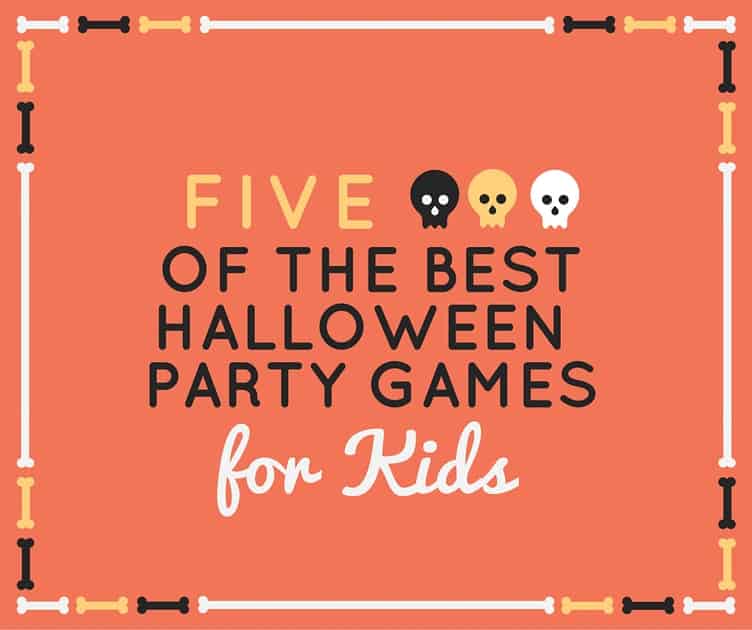 The leaves changing, the slight briskness in the air and the overwhelming amount of pumpkin-spiced food and drink options can only mean one thing: Halloween is almost here. This year, it’s your turn to host the party for the neighborhood kids and it needs to be good. After all, you’re competing with a giant bag of candy for the best Halloween memory.

A fun Halloween party has three essential elements: delicious snacks, spooky decorations and ghoulish games. A trip to the store and a few hours in the kitchen will cover you on the snack and decoration fronts, but the more difficult task is planning activities that will have your little witches and wizards cackling with laughter.

But, before you go too deep down the party-planning rabbit hole, make sure you have your own kids’ costumes sorted. You’d hate to have guests arriving while you are still scrambling to finish your youngest pirate’s pantaloons. Since you are going DIY on the party, make it easier on yourself by buying a ready-made costume from a retailer like MorphCostumes.

Now, with everything else in place, check out these 5 kid-friendly games to help you throw a Halloween party no kid will forget.

The kids over 8 years old at the party (and any parents who want to get in on the fun) will love playing Stack the Bones. It is a Jenga-type game where the players use one hand to pull a piece from the middle of stacked blocks and place it on top, hoping not to be the one who causes the tower to tumble. This game is fun for both players and viewers as they anticipate the big collapse. What makes Stack the Bones great for your Halloween party is that the blocks are carved to look like skeleton bones and, probably most importantly, you can easily order it on the Internet or pick it up at a local toy store.

You might be picturing the aftermath of all your party guests tossing (and smashing) pumpkins around your yard and thinking that there is no way you are going to spend the week after the party picking pumpkin seeds out of your grass. Never fear, this version of pumpkin toss involves no actual tossing of pumpkins.

Instead, all you have to do is hollow out five pumpkins (if you’re feeling extra ambitious you can roast the pumpkin seeds for party day snacks), cutting a large hole into the sides of the pumpkins. For the game, put a handful of candy corn into sandwich bags and have the kids toss the bags into the pumpkins. The kid with the most bags in the pumpkins after six tosses wins a small prize. You can adjust the throwing line based on the age of the kid, making it fun and challenging for all ages.

Don’t worry, this is a less messy and more sanitary version of the traditional bobbing for apples game that will get all your guests involved at the same time. All you need is a bag of apples and a roll of twine. Hang the apples from a tree branch so they are dangling down roughly at kid height. At the same time each participant eats their apple with their hands behind their back. The first to get to the core of the apple wins! If securing apples to twine seems too complicated or if whole apples are too crunchy for your little one’s teeth, use dried apple rings instead.

Pumpkin bowling is another fun and interactive game that is easy enough for the littlest goblins and still challenging for your older superheroes, too. Buy a few small pumpkins and 10 toilet paper rolls at the store. Then, paste black construction paper circles to your toilet paper to make them look like ghosts. Set them up in a bowling pin formation and, voila, pumpkin bowling! This game can be played in a hallway or on the patio, with adjusted starting lines based on age.

Make double use of those toilet paper rolls with a mummy wrap game. Divide your party goers into teams of two, give them several rolls of toilet paper (white crepe paper works well, too) and have each team designate a wrapper and a mummy. On the count of three, the teams start wrapping and the first three teams to have their mummy wrapped from head to toe, with only eyes and shoes showing, win a small prize.