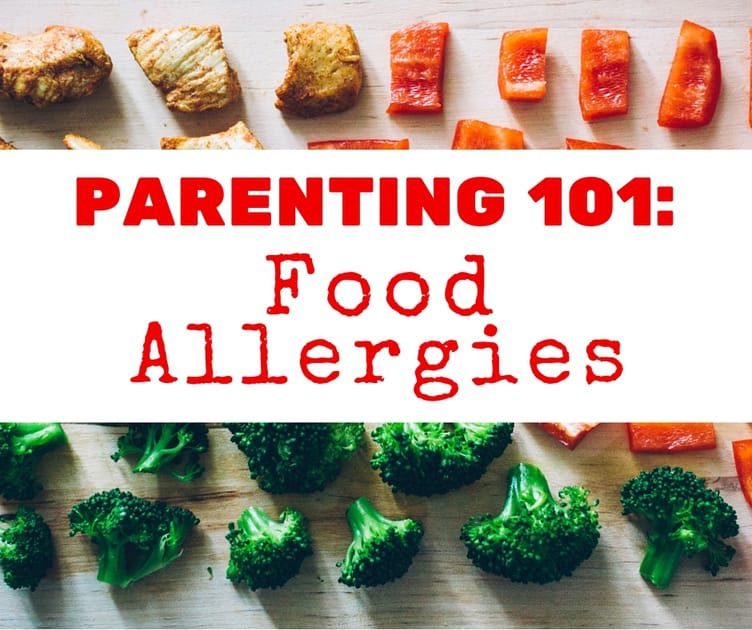 These days, the possibility of food allergies lurks everywhere. The doctor warns the new mother not to let her 6-month-old try shellfish or eggs. The kindergartener’s school institutes a peanut ban. The morning news covers the drastic rise in allergies in the past 20 years. It can be terrifying for those unaware of what food allergies are and how to safely detect them.

Identifying a food allergy for the first time typically begins when an infant starts eating solid food; however, it’s important to remember that allergies can develop at any age, even into adulthood. It’s important for parents to learn the signs and procedures for dealing with a food allergy to keep your child safe.

Your child can have an allergy to practically any food, but according to Food Allergy Research & Research (FARE), eight allergens account for 90 percent of all reactions in the United States: peanuts, tree nuts (such as walnuts or cashews), milk, egg, wheat, soy, fish and shellfish. Typically when introducing foods to your child for the first time, doctors warn parents to be wary of these eight ingredients and the foods that contain them.

Additionally, children with food allergies can also have reactions to corn, strawberries and citrus fruit. However, these three foods make up less than 10 percent of allergies in children. Keep in mind that the risk of honey isn’t due to food allergies, but rather the potential for botulism, a serious disease. Always wait until your child is at least 1 year old to let him have a taste of this sweet treat.

Signs of a Food Allergy

You probably already know what a food allergy looks like but it’s wise to review the signs: hives or welts; facial, tongue or lip swelling; difficulty breathing; vomiting or diarrhea; flushed skin or a rash; and in the scariest scenario, a loss of consciousness. Don’t forget, even the smallest traces of an allergen can trigger a reaction, particularly for severe allergies. Even being near someone eating peanut butter can cause a reaction for a person with life-threatening peanut allergies, due to the molecules in the air. In the more severe situations, you should call 911 immediately. For light reactions, such as hives, talk to your pediatrician about how to proceed.

The good news is that kids can sometimes grow out of food allergies, particularly egg and milk. In fact, 80 percent to 90 percent of egg, milk, wheat and soy allergies disappear by age 5, according to the American Academy of Pediatrics (AAP). However, peanut, tree nut and shellfish allergies are more likely to stick around for life.

It’s also important to know what’s not a food allergy. Mild diarrhea could be caused by food poisoning or an upset stomach, while a restless or shaky child could have ingested too much caffeine or sugar. Additionally, skin irritation can be caused by acidic foods such as citrus or tomatoes. A child can have a food sensitivity or intolerance without having a full-blown food allergy, such as celiac disease, an intolerance to the protein gluten found in wheat, rye and barley.

Doctors have recommended waiting to introduce potential food allergens until after a year — and even until 3 years for peanuts, tree nuts and fish — to minimize reactions. However, recent research has found that this strategy probably won’t do much good. In fact, earlier introduction of allergens might even help reduce the risk of developing allergies. However, there is a caveat: if your family has a history of food allergies, steer clear until you’ve talked to your child’s doctor. They will likely want to do a skin test, which involves placing liquid extracts of food allergens on your child’s skin, usually by pricking the skin of their forearm or back, and seeing if a reaction occurs within 15 minutes.

If you’re nervous about introducing a potential allergen, consider giving him a small bite of the food in the parking lot or waiting room of the pediatrician’s office. If he has a reaction, then you’ll have medical assistance available immediately.

A food allergy doesn’t have to change your life. It simply means being the guard dog for your child’s food until he reaches an age where he can monitor his food on his own. When your child is first diagnosed with food allergies, sit down with your pediatrician to make a game plan. Consider bringing in a nutritionist who specializes in pediatrics and/or food allergies to ensure that your child’s new diet doesn’t have any nutritional deficits. Suggestions might include boosting another source of calcium and healthy fats if he’s allergic to milk.

Here are some other tips that can keep your child safe:

Read food labels carefully, particularly for cross-contamination information. If your child has a food allergy, you don’t want to serve him any ingredient that was processed in a facility with his allergen. Additionally, learn the alternate names for common allergens — for example, egg can be labeled as albumin, while milk could be listed as whey or casein. Luckily in 2006 a food labeling law made it mandatory for manufacturers to clearly state on the packing if a product contains one of the eight most common allergens.

Bring your own food to daycare, play dates, school parties and other social excursions. Make sure your daycare provider, friends’ parents and teachers understand the severity of the food allergy and the proper procedure to follow if your child accidentally ingests his allergen.

Teach the child to use an epinephrine injector if appropriate, at an early age. This is commonly known as an EpiPen, and allergists typically suggest having two of them on hand at all times. The sooner the child can inform a caregiver of what’s going on, the safer he is. After using an epinheprine injector, the child should go to the emergency room for monitoring.

For a parent unaccustomed to food allergies, this information can all seem intimidating. However, it’s important information to know. According to FARE, food allergies in children increased approximately 50 percent between 1997 and 2011. Watch your child closely for potential food allergies and make a plan with your doctor to keep everyone safe.