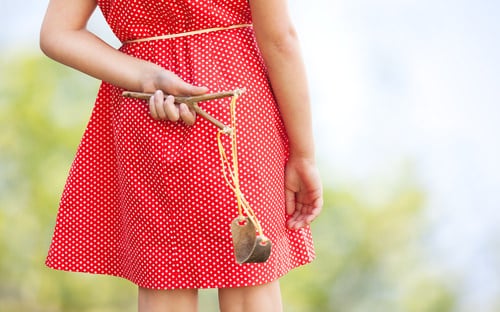 As children develop emotionally and mentally, they begin to figure out not only that their words and actions have consequences, but that they can also bend the truth. They learn that the words they use elicit a reaction from you. The natural tendency is to test this new found realization and to lie to avoid getting into “trouble.”
Lying is Natural
When your children begin to lie, it’s important to realize that this is a natural occurrence. It’s almost a milestone. That doesn’t mean you should accept the behavior and allow it to continue. What it does mean is that your child isn’t bad. They’re not destined to be troublemakers or liars. They’re simply testing the boundaries. It’s up to you to establish these boundaries. Don’t be surprised when your child lies – be prepared!
Types of Lies
There are, as you’re probably aware, different types of lies. There are the lies of omission, when your child doesn’t tell you that something happened. For example, if your child comes home from school and is behaving like it was a perfectly normal day and you get a call from the teacher letting you know that your child was in a fight – this can be considered a lie of omission. They didn’t tell you about the fight.
Misrepresentations are another type of lie, as are the blatant false stories that you may hear. For example, your child may be standing in front of you with chocolate all over their face and completely deny that they ate the absent but evident chocolate bar.
How Do You React?
There is a tendency for parents to overreact or underreact to their child’s lies. It’s tempting to ignore the behavior or to try to scare it out of them with an extreme reaction. There are a few steps that you can take to curb the behavior. If you see your child is beginning to tell a lie, consider stopping them before they get started. Let them know that it’s always better to tell the truth. Look them in the eyes and give them reassurance that they can tell you the truth. Make it safe to be honest. Correct the behavior gently without calling them out. People – children and adults- all tell stories to cope with problems. Instead of shaming a child or punishing them, consider gently letting them know that you know that they’re lying. For example, the child that has chocolate all over his face presents you with an opportunity. You might say, “Let’s go take a look at your face in the mirror and then you can tell me what happened to the chocolate bar.” Once your child sees the chocolate on his face, you can talk to him about why lying isn’t a good idea and telling the truth is always better. If it becomes a problem then reasonable and appropriate consequences need to be implemented. Generally, consequences for lying need to reflect the behavior which is a loss of trust. You might create checks or restrictions on them until they regain your trust and stop lying.