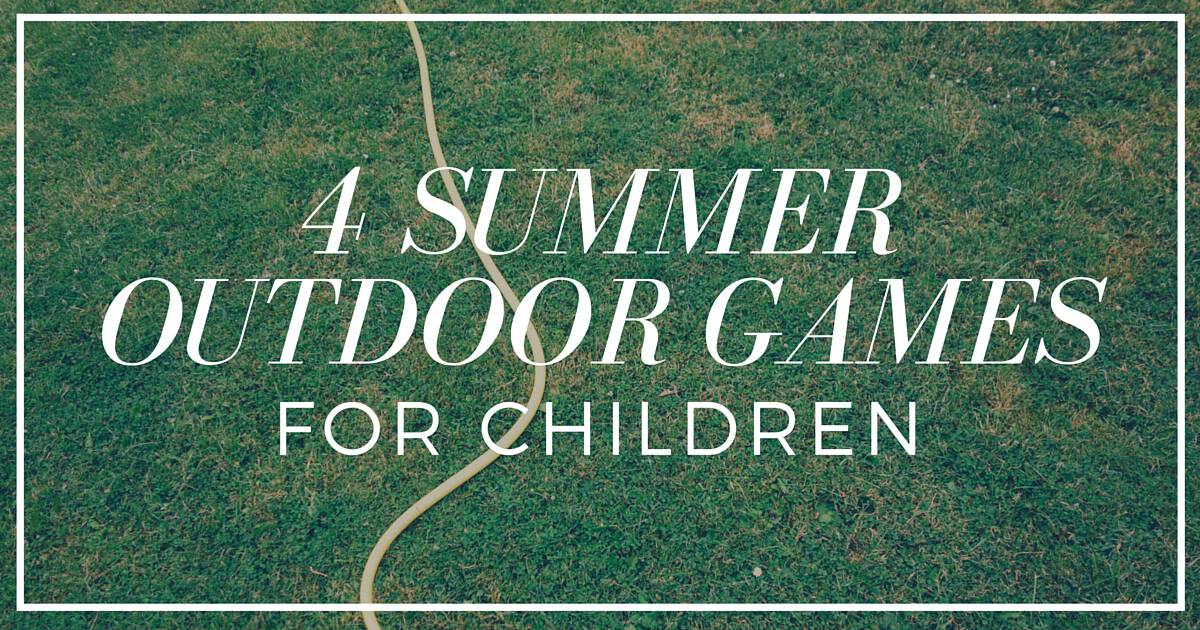 As a parent, you want your children to be active and have fun during the months that they’re off of school. These fun summer outdoor games for children will encourage your child to get outside and have fun rather than sitting in front of the television or computer all summer.

Think back to when you were a child. Most likely you spent a good part of your summer playing outside with your siblings and the neighborhood kids. What games did you play? Chances are your children will like them, too!

Summer temperatures are normally hot, so your children will need to cool off. Rather than letting them sit inside in the air conditioning, teach them how to play the backyard water games that you played as a child. Fill up some water balloons and plan to have a good, old-fashioned water balloon fight! (Make sure your children know not to throw balloons anyone’s face since injuries can occur and to pick up the used water balloon remnants after the fight is over.)

1. Ask friends or neighbors to come over and have water balloon races. There are a number of ways to stage a relay race. You can have two players on each team place a filled balloon in between their heads while they try to reach the other side of the field. You can also have everyone put a water balloon between their knees and try to get to the finish line without busting their balloon.

Related: 5 Fun Things for Your Kids to Try This Summer

2. Teach your kids how to play hopscotch. If you can’t remember the rules, find them online. Use chalk to create a hopscotch board on the sidewalk or driveway of your home. Give a stone to each child and get hopping!

3. Play capture the flag. Separate the children into two teams. Give each team a different-colored bandana, which is hung at their “home base” (each base is at two different ends of the field or yard). Have two areas set aside for “jails” (one for each team). While the teams are trying to capture the flag and members are tagged, they have to go to the jail. Any member who reaches the jail without being tagged frees their team members. The team who captures the other team’s flag first wins.

4. Host an egg and spoon race. Set up a course that each child, with a raw egg balanced on a spoon, will race through. If they drop their egg and it doesn’t break, they can pick it up and keep going. However, if the egg breaks, they’re out of the race. Be sure to remind the children that they can’t use their free hand to hold the egg on the spoon. Whoever traverses the course from point A to point B and back to point A without breaking their egg is the winner.