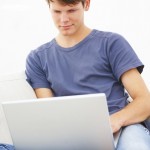 Cyberbullying has increased along with the popularity of the internet. To effectively qualm cyber bullying, it is important not only to know the meaning of cyberbullying, but also how it presents itself and the possible effects. Awareness is the key to preventing any occurrences and to ensure that your children do not become victims.

What one may consider cyberbullying can vary. Essentially, cyberbullying occurs when one teenager singles out another teenager or group of teenagers in a negative way online. This can include harassment, threats and even smearing someoneís name by spreading lies. With the usage of social networking sites such as MySpace and Facebook, it is very easy for teenagers to bully each other in an online environment.

Cyberbullying is not usually a one-time deal. Most often, it is several messages being exchanged by the parties involved. These messages can take place using an instant messenger such as AIM or Yahoo! Negative blogs can be written about teens that are unaware of such slanderous activities. In some extreme cases, teenagers will hack another teenís account and post degrading comments or send messages to others posing as that person.

Many teens do not give the forethought to the issue and do not realize that they are setting themselves up for a possible criminal charge. Others are simply not aware or do not care that they are damaging reputations and causing depression which may even lead to suicide or murder.

As a parent, it is important to spread awareness to your children about cyberbullying and its effects. What may seem like innocent fun to one teen is embarrassing to another and may lead to social problems. Stories are always in the news about teenagers who have committed suicide because of comments posted online. Teenagers have killed another in similar situations.

Issuing threats is a criminal matter. However, it is very difficult to sue an offender of cyberbullying as the burden of proof may not exist. Teenagers may claim that the comments were posted by someone who hacked into their account or simply that they were just joking around.

Many offenders get off with a slap on the wrist as opposed to any criminal charges. When a teenager commits murder or suicide, it can be very hard to prove that the events surrounding the death were caused by cyberbullying. One can argue that the child was depressed before any instances of cyberbullying took place.

Cyberbullying can take many forms. Teenagers can smear anotherís name on a social networking site such as MySpace and Facebook, or create a damaging blog or website devoted to degrading another teen. Cyberbullying only pertains to teenagers and children; when an adult gets involved it becomes cyberstalking and cyberharrassment.